5 of the Best Must Read Books to Add to Your Summer Reading List August 2020 !

Let’s continue to add amazing books to our reading list. Remember that reading is the key to the soul. It adds a lot of adventure and experience into our life. It teaches us to empathize with others, and most importantly it’s an escape from our daily lives. A way to experience a new life without leaving our worlds. A way to learn lesson we could never do on our own.

Below are 5 of the best must read books to add to your summer reading list this August 2020.

1.The Death Of Vivek Oji by Amwaeme Emezi 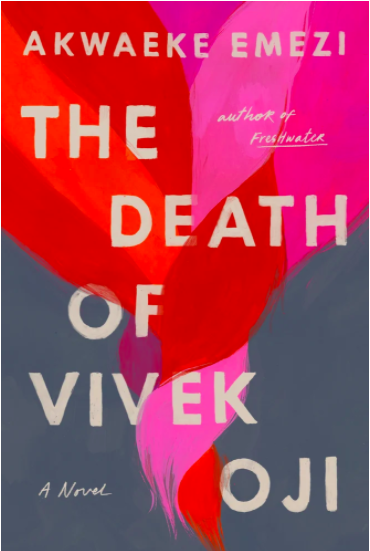 What does it mean for a family to lose a child they never really knew? One afternoon, in a town in southeastern Nigeria, a mother opens her front door to discover her son’s body, wrapped in colorful fabric, at her feet. What follows is the tumultuous, heart-wrenching story of one family’s struggle to understand a child whose spirit is both gentle and mysterious. Raised by a distant father and an understanding but overprotective mother, Vivek suffers disorienting blackouts, moments of disconnection between self and surroundings. As adolescence gives way to adulthood, Vivek finds solace in friendships with the warm, boisterous daughters of the Nigerwives, foreign-born women married to Nigerian men. But Vivek’s closest bond is with Osita, the worldly, high-spirited cousin whose teasing confidence masks a guarded private life. As their relationship deepens–and Osita struggles to understand Vivek’s escalating crisis–the mystery gives way to a heart-stopping act of violence in a moment of exhilarating freedom. (http://www.bookshop.org)

2.With or Without You by Caroline Leavitt 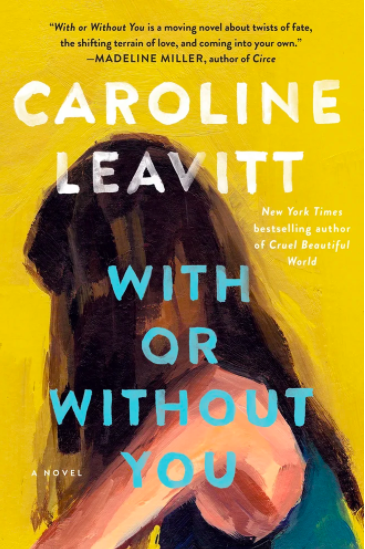 New York Times bestselling author Caroline Leavitt writes novels that expertly explore the struggles and conflicts that people face in their search for happiness. For the characters in With or Without You, it seems at first that such happiness can come only at someone else’s expense. Stella is a nurse who has long suppressed her own needs and desires to nurture the dreams of her partner, Simon, the bass player for a rock band that has started to lose its edge. But when Stella gets unexpectedly ill and falls into a coma just as Simon is preparing to fly with his band to Los Angeles for a gig that could revive his career, Simon must learn the meaning of sacrifice, while Stella’s best friend, Libby, a doctor who treats Stella, must also make a difficult choice as the coma wears on.When Stella at last awakes from her two-month sleep, she emerges into a striking new reality where Simon and Libby have formed an intense bond, and where she discovers that she has acquired a startling artistic talent of her own: the ability to draw portraits of people in which she captures their innermost feelings and desires. Stella’s whole identity, but also her role in her relationships, has been scrambled, and she has the chance to form a new life, one she hadn’t even realized she wanted.A story of love, loyalty, loss, and resilience, With or Without You is a page-turner that asks the question, What do we owe the other people in our lives, and when does the cost become too great?

3.Colonize This!: Young Women of Color On Today’s Feminism by Bushra Rehman 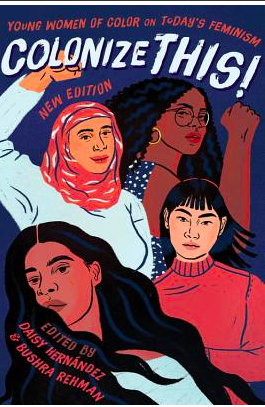 It has been decades since women of color first turned feminism upside down, exposing the feminist movement as exclusive, white, and unaware of the concerns and issues of women of color from around the globe. Since then, key social movements have risen, including Black Lives Matter, transgender rights, and the activism of young undocumented students. Social media has also changed how feminism reaches young women of color, generating connections in all corners of the country. And yet we remain a country divided by race and gender.
Now, a new generation of outspoken women of color offer a much-needed fresh dimension to the shape of feminism of the future. In Colonize This!, Daisy Hernandez and Bushra Rehman have collected a diverse, lively group of emerging writers who speak to the strength of community and the influence of color, to borders and divisions, and to the critical issues that need to be addressed to finally reach an era of racial freedom. With prescient and intimate writing, Colonize This! will reach the hearts and minds of readers who care about the experience of being a woman of color, and about establishing a culture that fosters freedom and agency for women of all races. 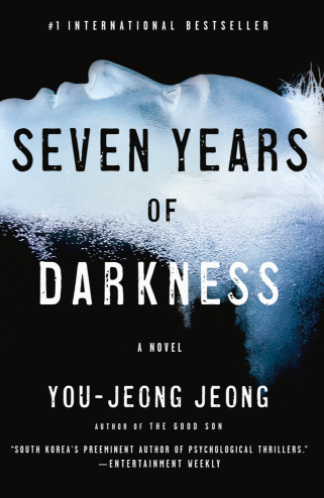 The truth always rises to the surface…When a young girl is found dead in Seryong Lake, a reservoir in a remote South Korean village, the police immediately begin their investigation. At the same time, three men–Yongje, the girl’s father, and two security guards at the nearby dam, each of whom has something to hide about the night of her death–find themselves in an elaborate game of cat and mouse as they race to uncover what happened to her, without revealing their own closely guarded secrets.After a final showdown at the dam results in a mass tragedy, one of the guards is convicted of murder and sent to prison. For seven years, his son, Sowon, lives in the shadow of his father’s shocking and inexplicable crime; everywhere he goes, a seemingly concerted effort to reveal his identity as the reviled mass murderer’s son follows him. When he receives a package that promises to reveal at last what really happened at Seryong Lake, Sowon must confront a present danger he never knew existed.Dark, disturbing, and full of twists and turns, Seven Years of Darkness is the riveting new novel from the internationally celebrated author of The Good Son. (http://www.bookshop.org)

5.We Have Always Been Here: A Queer Muslim Memoir by Santa Habib 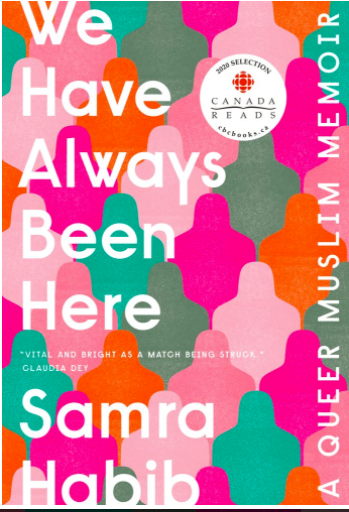 How do you find yourself when the world tells you that you don’t exist?Samra Habib has spent most of her life searching for the safety to be herself. As an Ahmadi Muslim growing up in Pakistan, she faced regular threats from Islamic extremists who believed the small, dynamic sect to be blasphemous. From her parents, she internalized the lesson that revealing her identity could put her in grave danger.When her family came to Canada as refugees, Samra encountered a whole new host of challenges: bullies, racism, the threat of poverty, and an arranged marriage. Backed into a corner, her need for a safe space–in which to grow and nurture her creative, feminist spirit–became dire. The men in her life wanted to police her, the women in her life had only shown her the example of pious obedience, and her body was a problem to be solved.So begins an exploration of faith, art, love, and queer sexuality, a journey that takes her to the far reaches of the globe to uncover a truth that was within her all along. A triumphant memoir of forgiveness and family, both chosen and not, We Have Always Been Here is a rallying cry for anyone who has ever felt out of place and a testament to the power of fearlessly inhabiting one’s truest self. (http://www.bookshop.org)

What is your must have end of summer read? Which one of the titles will you add to your reading list?